SAVE THE WORLD MATERIALS GUIDE

A big part of playing Save the World involves gathering items for the successful progression of missions and events, as well as for collection! While it can be fun collecting these materials in low level missions, it can also be really boring and exhausting at high level missions. But worry not! We will explain everything about these materials in this guide!

A big part of playing Save the World involves gathering items for the successful progression of missions and events, as well as for collection! While it can be fun collecting these materials in low level missions, it can also be really boring and exhausting at high level missions. But worry not! We will explain everything about these materials in this guide! 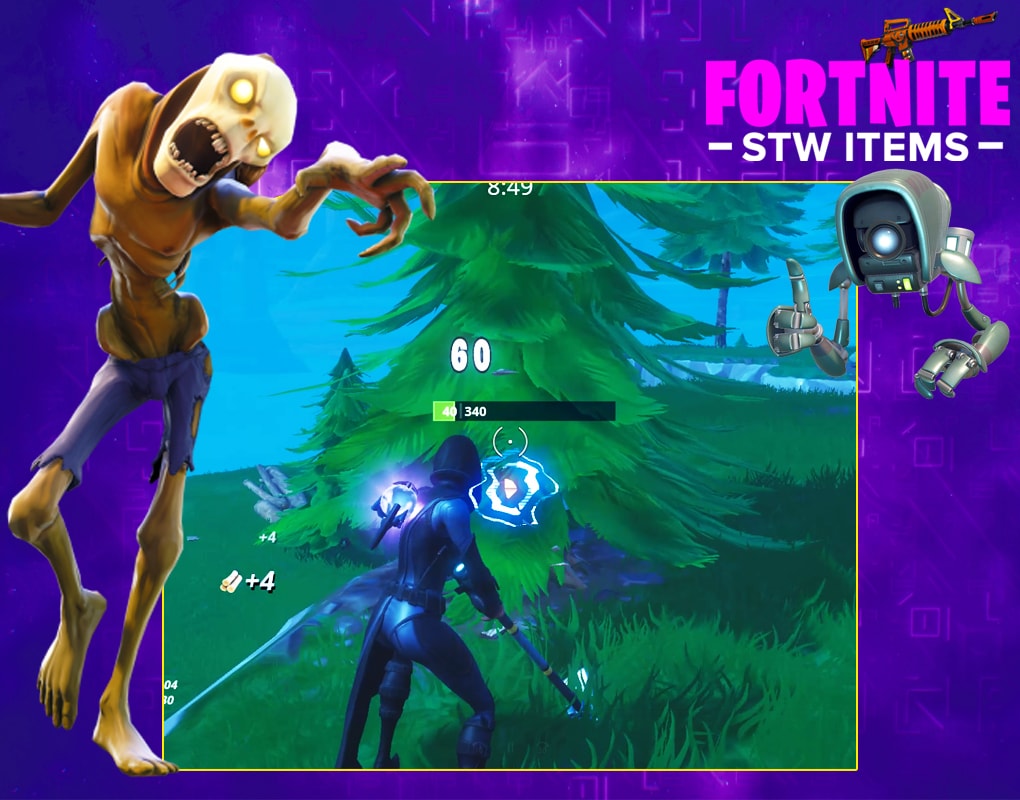 This is the easiest to farm material in the game. You can farm wood by mainly hitting trees, wooden pallets and cactuses! This type of building material has the lowest hit points but fast building speed, so it’s mostly recommended for exploring zones and fast defense structures. Wood is readily available in every mission but if you want to harvest it in huge amounts we strongly recommend getting into Forest and Grasslands regions! 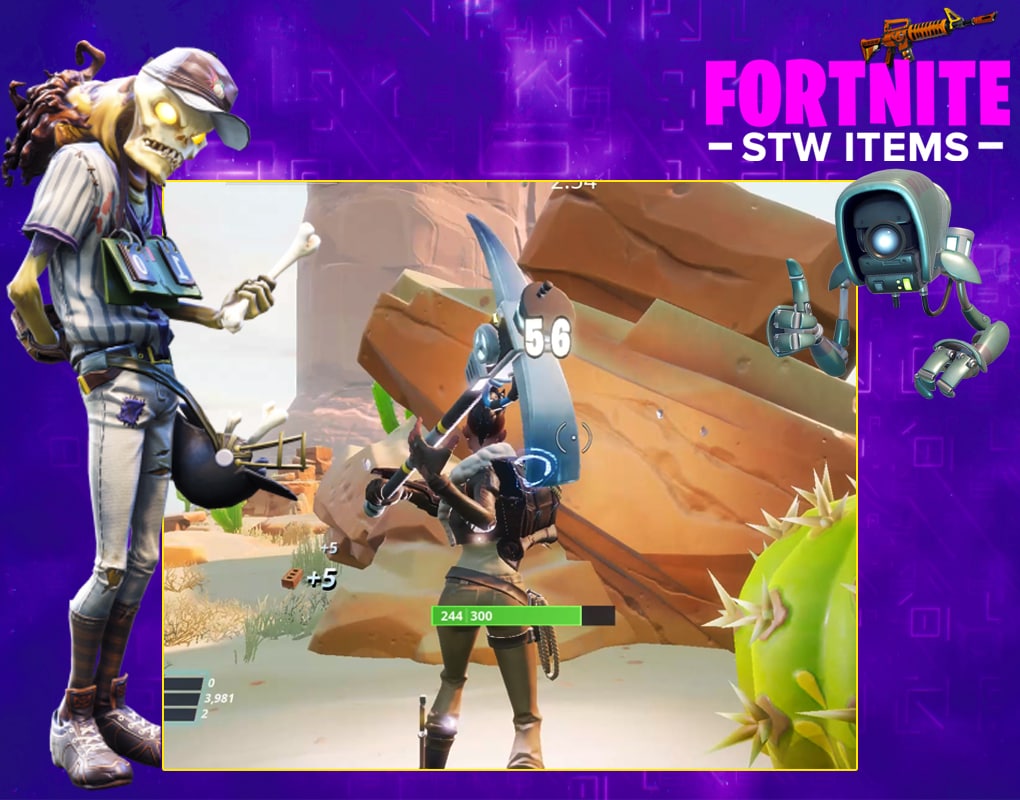 This type of material is a bit difficult to farm in the earlier stages of the game. Stone can be farmed by hitting mostly rocks across all missions. Also, its hit points and building speed make it good for the defense structures. If you want to farm stone in large amounts, we strongly recommend doing so in Canney Valley as that is the Zone with lots of rocks across all missions. 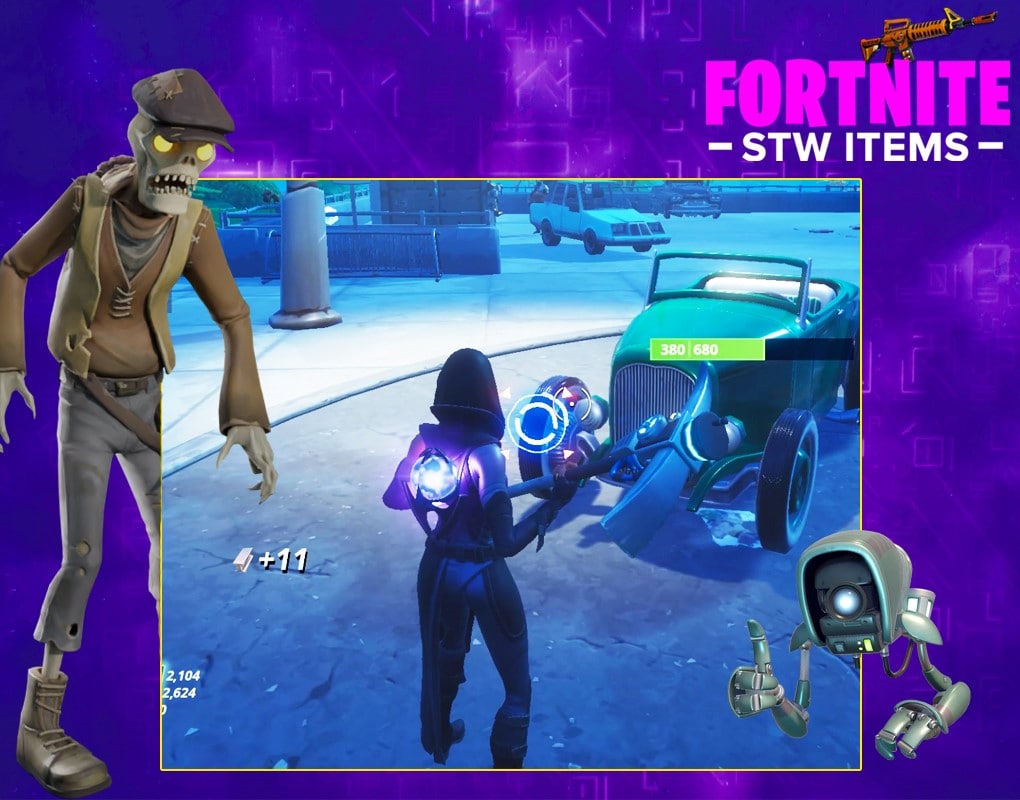 This is the material with the highest amount of hit points in the game! Because of this it is probable the most used building material in higher level missions. Metal can be mainly farmed by hitting cars, precious types of rocks and metal fencing across missions. Now you may be thinking about its building speed. Well, it is the slowest one in this case. Nothing for you to worry about though, just give a little time before starting the actual mission and you should be fine!

An important thing to note is that these three types of building materials must be used accordingly to the element that husks exhibit for a successful and easier defense against them!

As a player of Save the World you might have already figured out that crafting weapons, traps and other items are a huge part of it! With that said we will know explain to you everything about crafting materials. 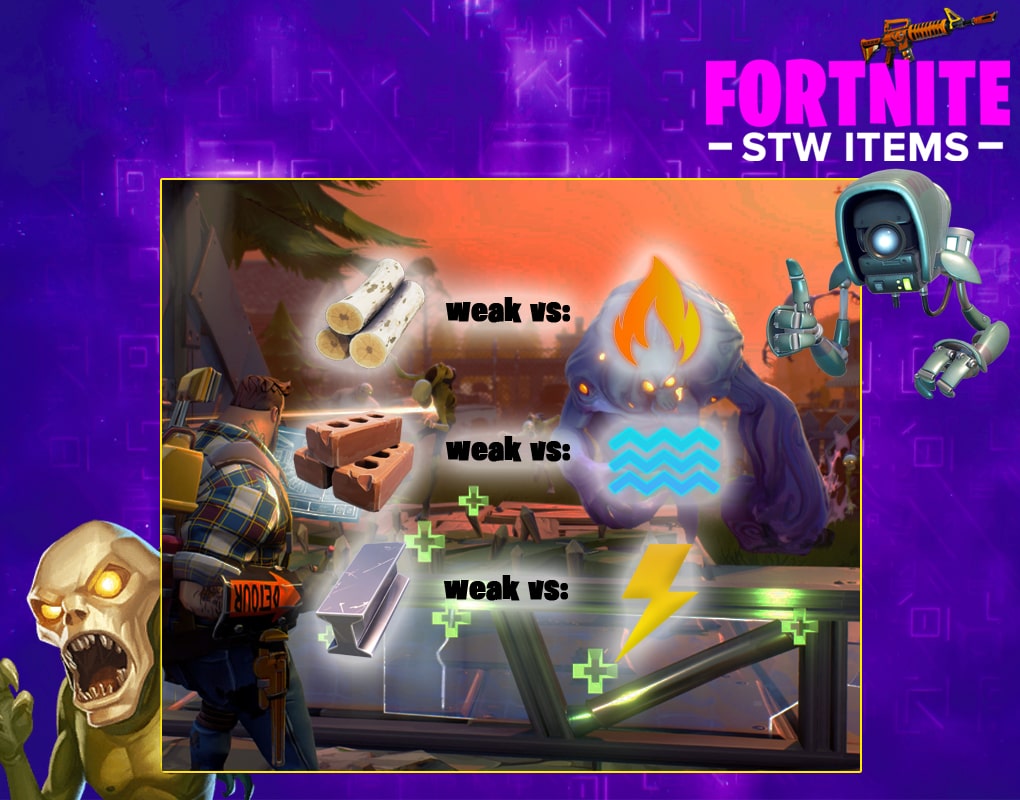 As the name implies this type of material is the easiest one to gather while playing missions. But wait! Easy doesn’t always mean fun! It is also very time consuming and boring to play missions and try to farm these! They are mostly used in large quantities whenever used for crafting, making it high-in-demand items in Save the World.

Planks – Mostly gathered by farming trees and trunks. These are widely used for crafting different types of weapons and traps.

Nuts and Bolts – One of the most essential ingredients to always have in your back pack. These are used mostly for crafting ammo and can be farmed by completely destroying electronics. We strongly recommend parking meters and cars for this job!

Flowers – Can be gathered by searching shrubs and leafy plants. These only serve for the crafting of healing pads.

Rough Ore – Readily available by farming stones and precious metals. This is used crafting various traps and weapons and is also very essential for the crafting of Blast Powder.

Quartz Crystal – Gathered from a very precious type of stone. This ingredient is mostly used for crafting high tier weapons and for wall lights.

Rotating Gizmo – Probably one of the least used materials in Save the World. Only found in chests and some toolboxes. Generally used for crafting weapons of Rare and Epic rarity.

Coal – Mostly used for crafting Blast Powder. Can be found in mining areas and by searching campfires.

Batteries – These are generally found through out every mission. Can be found mostly in populated areas that have lots of electronics. Batteries are mostly used for crafting traps, energy weapons and Energy Cell Ammo.

Active Power Cells – One of the most difficult to find material. These are used for crafting melee weapons as well as most weapons! No main source of finding it, however, we recommend killing mist monsters as they sometimes drop a few and also completing Storm Chest sometimes grant them as rewards!

Below you can find the rarity of each item. The rarer it is, the harder it is to be collected!

Star ingredients are subdivided into types and tiers. Generally speaking, the higher the level of stars it has the higher the zone in which they can be found. Please refer to image down below for the classification of these items.

Twine – Can be collected mostly by farming trees and trunks. Generally used for crafting trap and a couple melee weapons.

Mechanical Parts – These are mostly found in cars and machinery. Used for crafting rifles and Traps.

Ore – This type of ingredient can be collected by farming precious rocks in caves. Ores are used for crafting a vast selection of weapons!

Crystals – Only found in late Canny Valley and Twine Peaks. Depending on what evolution pathway you chose while upgrading items, you will be using these for their crafting. An important thing to note is that choosing this type of evolution pathway gives weapons better damage against enemies! 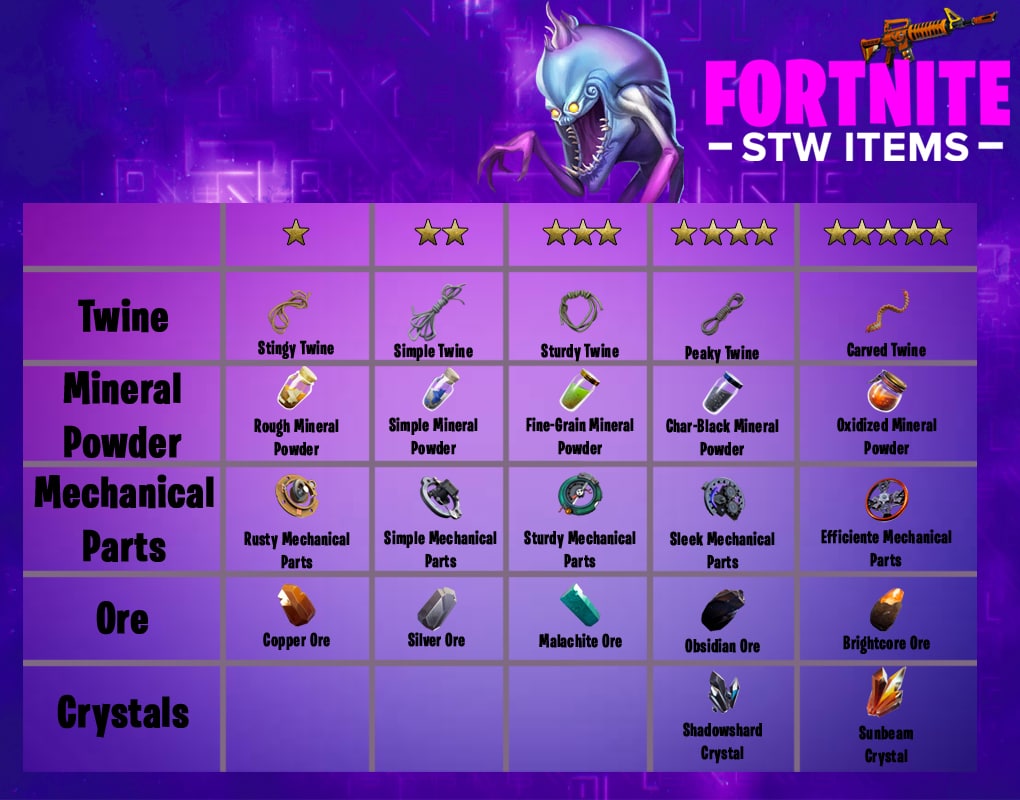 These are the only two types of ingredients that very difficult for farming. This is probably the reason why they decided to add them as Schematic Ingredients. Only two of them exist in the game as up to now.

These crafting materials were added in an early version of the game but were later removed for unknown reasons! So, as you may already know, there are no methods of obtaining them during normal gameplay! The only method of obtaining these would be by buying them from collectors who are saving them until they are released once again and maybe be used for crafting stuff beyond 5 stars. Who knows? Maybe they are finally added later on!

Fortnite Save the World is an incredibly fun game to play, but it is a game of grinding - it makes players use plenty of materials to craft Fortnite items, such as weapons and traps. We can help you to skip the long hours of farming and harvesting materials! Buy your Fortnite items here on FortniteSTWItems.com and skip the grind. Grab the weapons you need, from Nocturnos to Jack-o-Launchers, Siegebreakers to Gravediggers as well as the most epic items needed for crafting, such as Sunbeam and Brightcore. Get the Fortnite items you can usually only find in-game and spend more of your time playing the parts of Fortnite STW that you enjoy the most, like completing missions! We provide you with 24/7 customer support service with every purchase to give you ultimate peace of mind.

Enjoy our great service, only at FortniteSTWItems.com.